Born in 1970 in Lomé, Togo. He lives and works in both Aubervilliers and Lomé.

Clay Apenouvon participated in painting, graphic arts and screen-printing workshops in Togo before moving to Paris where he continued his initiation with the artists Claude Viallat and Mounir Fatmi.
After exploring cardboard as a material, he developed the concept ‘Plastic Attack’ to raise public awareness of the harmfulness of plastic. More recently with the Film noir de Lampedusa (2015), he denounced the indifference of Europe faced with the tragedy of illegal immigration. He used black stretch film to create an exceptionally powerful and evocative in situ installation.

Clay Apenouvon exhibited his work at the 1:54 Contemporary African Art Fair in London (2015) and in the collective work Visibles / Invisibles, l’Afrique urbaine et ses marges at the Fondation Blachère, France (2015). For The Day That Comes, he will create an original work in situ. 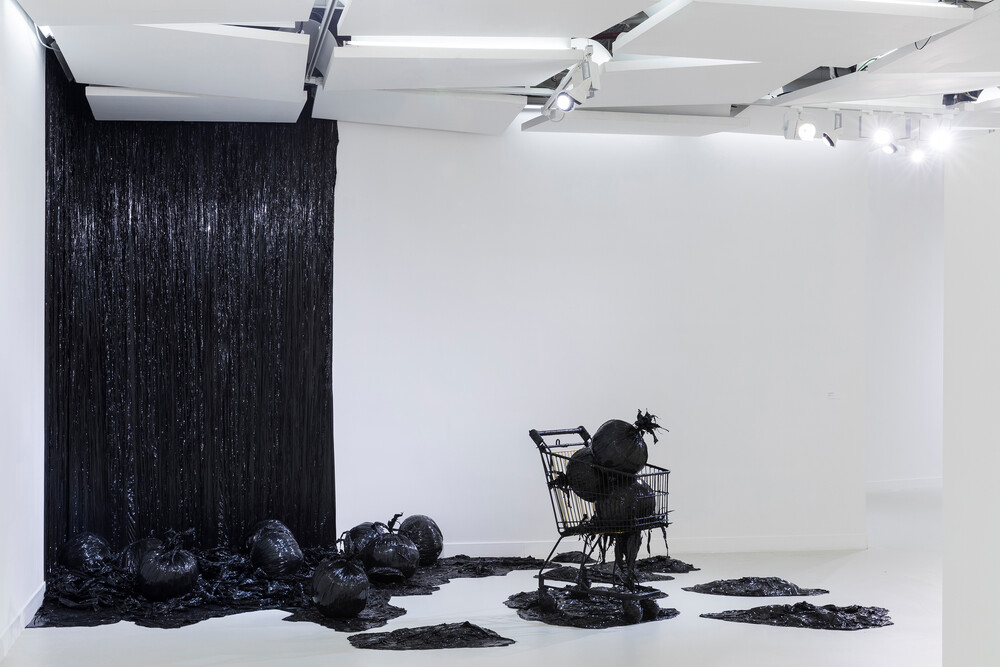